The EARNED RUNS' HONOR SERIES is an effort I make each year to commemorate two different but life-changing events that helped to define generations of Americans.

The two annual days of remembrance, 9/11 and 12/7, might not be linked in the minds of the public, but represent days on which unexpected attacks were made on the United States. In the case of Pearl Harbor, many persons serving in the US Armed Forces were killed or injured. On 9/11 civilians and first responder rescue workers were predominantly effected.

Remembering the losses incurred and sacrifices made in these two instances causes me to reflect that all of life’s events cannot be anticipated. On each anniversary, it seems appropriate for me to acknowledge the actions of others from which I have benefited. And hope I will respond with courage and strength if and when it is needed.

My parents’ generation experienced an immense disruption on December 7, 1941. The futures they had dreamed of the night before were not to be. My children’s futures were similarly altered on that 11th September day, 2001. Their Millennial generation is said to have been defined by it.

​Thus, as the founder of Earned Runs , I remember these two solemn events.

Since 2015, the September and December races have been solo competitions for me using Earned Runs bibs. I so very much enjoyed the quiet of the pre-dawn hour runs the first year, that going forward both were planned as individual efforts. Because weather conditions may deteriorate with the coming of winter the longer event is planned to be completed in the earlier month.

By using these bibs I can design races that are meaningful to me alone or potentially a much greater number of people regardless of  everyone's location. In this instance I am able, in spirit, to join with the entire country in honoring the heroes of those days without traveling to New York City, Washington DC, or Pennsylvania in September, or in Oahu HI in December. And in solitude, personally remember loved ones and past events.

Since 2015 and 2016 I ran each event. In 2017 my running races were walked in stages to assist my recovery from injury.  Deciding to competitively walk rather than run going forward after the injury, both 2018 commemorations were also walks.  In 2019 my plan was to walk and jog!  The beauty of personal events is that accommodations can be made, almost on the spot, to altered circumstances. An event needn't be scrubbed when conditions or situations change. 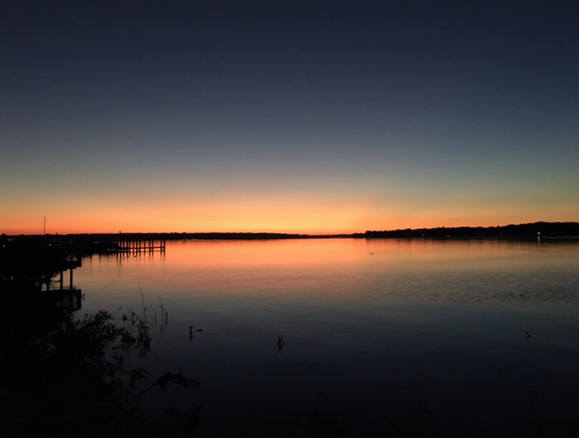 A clear September 12, 2018 morning. I took this shot a day after my September 11, 11k personal event, because visibility was nearly zero due to fog on that morning and taking a photo was pointless.

THE FIRST PORTION OF THE TWO-PART SERIES is the "11k Race to Remember 9/11".
September 11, 2019. This September marks the fifth year in which I memorialized the anniversary of the World Trade Center terrorist attack, with an 11K event.  The INAUGURAL year of the SERIES was 2015.

Last year, in 2018 , after spending 6 months, from September 2017 to February 2018 in rehabilitation and recovery from a knee/calf problem and not running since then, I was able to walk the full 11K distance. The previous year, 2017, I had walked 5.5K on each of 2 separate days, on September 11 and 13 for a total 11k distance in stages.

The event this year, in 2019, was a high point in my recent fitness history.  I walked and jogged behind a stroller loaded with weights for the full 11 kilometers.  Because roughly 2 years had elapsed since I had managed to move at a speed faster than a walk it had great significance.  It was not the beginning of a return to running as in previous years, however it felt like a victory over injury- and age-imposed restrictions.

Some runners with pain related to joint problems decide to continue per usual until surgical replacement becomes necessary.  And they plan to pick up where they left off, once able to do so again, on the new joints.  I’m hoping to stay with my natural equipment for as long as possible by decreasing high impact training as much as possible. And focusing on strength and mobility work. But I revised my walking-only strategy and have since allowed myself to start jogging a bit For me a jog is defined as a slow, almost shuffling, run.

My plan for this year’s Honor Series’was to simply establish a base pace while maneuvering a weighted stroller over a favorite scenic lakeside road-course. With hopes of training the next couple months to prepare for a late November Turkey Trot, it was not to be a race.  The goal was to achieve a negative split. I did it; my times for each of the 6.84 miles weren't great but were faster than a walk. I was so thankful to be jogging intermittently rather than just walking. The weather was lovely, a bit misty, with clouds off to the east. The September 18, 2019 blog post has a few additional details. 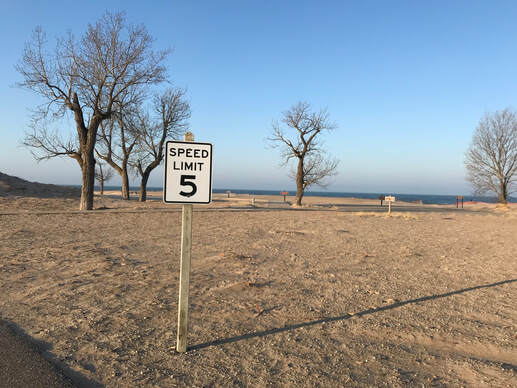 DECEMBER 7, 2019 The morning was cool, cloudy, and dry similar to 2018. Again, this year no rain or snow was falling. But I awoke with anticipation and excitement.  The previous two years I had walked 7K to commemorate the date; today I planned to walk/run 7 miles! This day was very near the 2nd anniversary of the 2017 NYC orthopedic visit that convinced me to forego my favorite sport of 42 years. Walking instead, to preserve knee function.  However, in May 2019 I made a decision to try running again

My training plan leading up to this event included alternating walking with running on distance days, usually 3 minutes vigorous walking then 3 minutes easy running after a 1mile warm-up, progressing from a 30-minute session to 48 minutes total.  On this day my goal was to average 12-13 minutes per mile, with at least one mile covered in 12 minutes or less (5 miles per hour).  The challenge was to hold to a ‘safe’ running speed without pushing too hard, and work with greatest intensity during the walking intervals.

This annual memorial event was to be my longest distance effort in more than 2 years. Because of this I spent roughly the same amount of time concentrating on my movement as remembering the day’s history.

The lakeside course I used at Ottawa Beach Michigan was breezy with drifting sand.  Wind-chill temperatures felt low enough that I dreaded having to endure a 3.5-mile return leg of an out-and-back course facing the wind head on, so I ran loops in a campground parking lot instead. [ I thought of the coincidence that the beach’s name matched the American forces landing location on D-day in World War II.]

Without music playing, a phone conversation going, or an audible book electronically delivering content into my ears (not allowed in my ‘rules’ for these 2 challenges) there was an opportunity to remember my parents and the other members of their generation.  To recall that time in history and acknowledge the daily courage needed to join the war effort and fight, or stay behind and work at vital and non-vital jobs on the home front. To muster optimism and not concentrate on dreaded outcomes.

I resolved to meet my 2020 challenges, personal and greater, knowing my parents had managed harder times.

In this quiet environment I initially felt the heaviness of this history, but my mood quickly lifted with the real time physical effort and lightening sky.  I was so happy and grateful to be running again, even in a limited way, and for a time, reaching my goal speed of 5 miles per hour!